The World's Greatest First Love: The Case of Ritsu Onodera 4

In "The Case of Ritsu Onodera No.6," it's Christmas and Masamune Takano's birthday. After a stressful early deadline before the holidays, Takafumi Yokozawa reasserts his relationship with Takano and reminds Ritsu Onodera of Takano's birthday. Ritsu wishes Takano an early happy birthday, but because he doesn't have a present, Takano asks that they go on a drive together. Out on the drive, Ritsu brings up Yokozawa again and Takano makes it clear that they are nothing more than friends. He and Ritsu both admit that they used to think about what they might do for each other around this time of year, and they have sex in Takano's car. The following Monday, Ritsu gets Takano cake, but rethinks it and gives the cake to girls at reception. He still gives Takano a gift bag of medicine, vitamins, and energy drinks. Ritsu then tries to reestablish their boss-subordinate relationship, but Takano says he feels loved.

In "The Case of Ritsu Onodera No.7," Ritsu struggles with suggesting changes to his author, and his fiance An Kohinata unexpectedly returns to Japan. It's the new year and the special Valentine's issue is in the works. An calls Ritsu at work and arranges to meet him later. After Ryuichiro Isaka slips that he knew of Ritsu's parentage when he applied to the company, Takano invites Ritsu to his place for drinks so Ritsu can vent. During a blackout on the train home, Takano kisses Ritsu in the dark, and they hold hands on the way home until they run into An who has been waiting for Ritsu outside his apartment building. After seeing An off, Ritsu goes to explain to Takano, but Takano's leaving to see Yokozawa. Ritsu asks him to stay, and after some explaining, he does and they have sex. Later at work, after struggling to convince his author of the needed changes, Ritsu tries Takano's tactic of bluntly telling her it's boring, but the author hangs up on him.

In "The Case of Ritsu Onodera No.7.5," Takano calls Ritsu to his place for birthday cake. Ritsu turns to leave but Takano threatens him with more work, asking him to stay just for an hour. As they cut the cake, Takano comes up with a game that Ritsu refuses to play, but it distracts him into staying to eat cake with Takano.

In "The Case of Shouta Kisa No.3," Shouta Kisa struggles with balancing his demanding work schedule and his new relationship with Kou Yukina. Since Yukina is so understanding of Kisa being unavailable, Kisa worries that maybe Yukina doesn't really care. After talking with a friend about his upcoming marriage, the friend tells Kisa that relationships require seeing each other face to face. Kisa tries to set up a date with Yukina, but last-minute changes by his author hold him up and he can't make it. He goes to meet Yukina after Yukina's shift at Marimo Books just to see him for a minute, but as Yukina leaves work, he meets up with a woman. 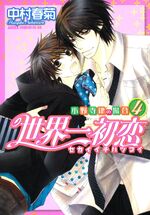 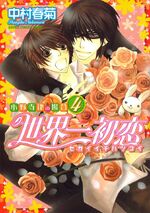 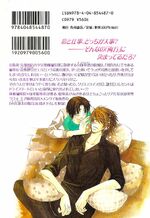 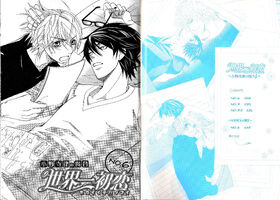 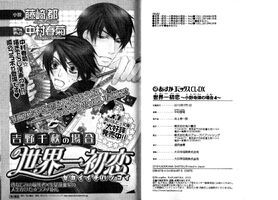 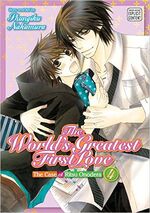 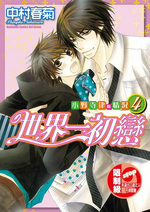 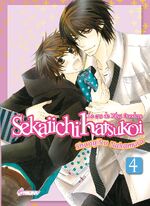 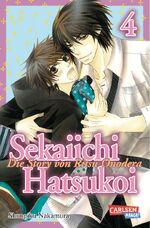 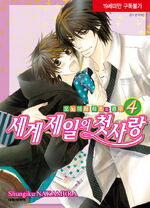 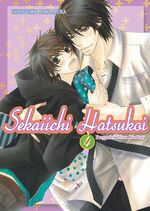 This article is a stub. You can help Sekai-ichi Hatsukoi Wiki by expanding it.

Community content is available under CC-BY-SA unless otherwise noted.
Advertisement