The quarrel of lovers is the renewal of love

The Case of Takafumi Yokozawa

Kadokawa
This is a list of episodes, OVAs, and more for the anime Sekai-ichi Hatsukoi.

The anime is mostly a faithful adaptation Onodera and Masamune Takano, in which the anime replaces some sexual fondling with kissing.

The first installment of the anime series was the OVA No love's like to the first, which was released as a DVD bundled with the limited edition of the fifth manga volume on March 22nd, 2011.

The second OVA The quarrel of lovers is the renewal of love was released as a DVD bundled with the limited edition of the sixth manga volume on September 27th, 2011.

The full anime series including both OVAs was re-released on Blu-Ray in a box set on January 31st, 2014, just a few months before the release of the film.

The 24 episodes of the anime series were available on Crunchyroll with English subtitles under the title "Sekai Ichi Hatsukoi - World's Greatest First Love". The series has been available since 2011. This does not include the two OVAs or the film.

In 2017, Funimation released the anime series with both OVAs on DVD with English subtitles under the title "Sekai Ichi Hatsukoi". This was Funimation's first boyslove/yaoi release.

The anime series has not been dubbed into English, and the film has not been made officially available with English subtitles. 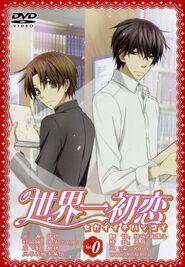 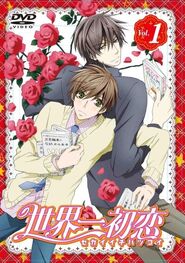 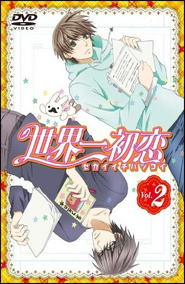 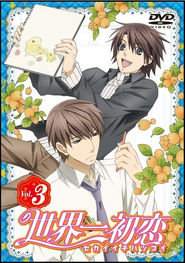 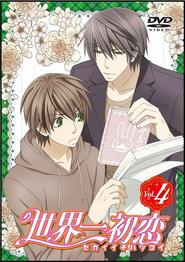 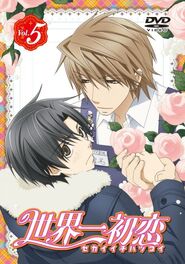 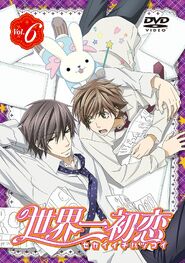 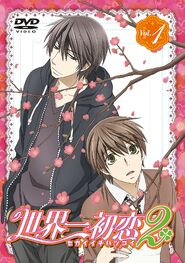 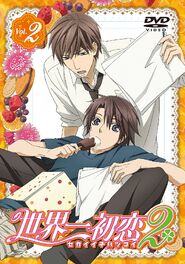 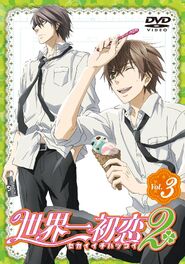 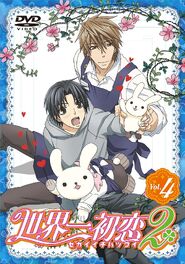 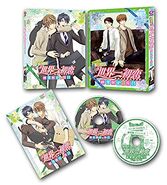 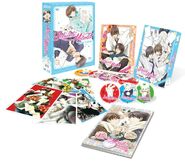